Following a Call for Expressions of Interests to heads of MOs, a Search Committee established earlier in the year to put together a Governing Board that represents the diversity of SE members, achieving a good balance of several criteria: organisation size, organisation main profile (research funding, research performing), geographical location across Europe, and gender of the organisation’s head.

The composition of the new Governing Board of Science Europe is as follows:

The Science Europe Office wishes all new members every success in their duties within the Governing Board and thanks the departing members for their years of fruitful engagement. 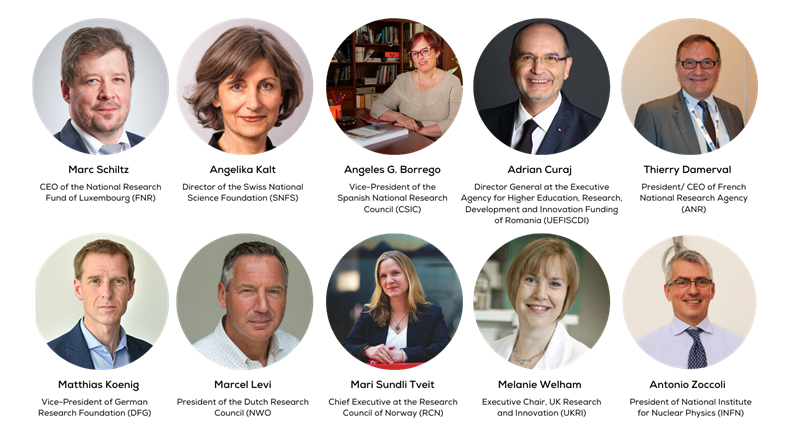 Science Europe is organising its first conference on Open Science. Institutional leaders, researchers at all stages of their careers, and experts from the field are invited to discuss whether Open Science is ready to become the norm in research, and how to ensure an equitable transition.

Statement on the exemption of not-for-profit educational and scientific repositories, digital archives, and libraries from the Digital Services Act

Research organisations, libraries, repositories, and university networks call for the the exclusion of not-for-profit repositories, digital archives, and libraries from the obligations of the Digital Services Act.

Science Europe, cOAlition S, OPERAS, and ANR organise a webinar on 22 April for the endorsers of the Action Plan for Diamond Open Access to gather their views on the next steps.

Report of the 8 November 2021 Symposium 'Science for Net-Zero Transition', co-organised by CESAER, the International Sustainable Campus Network, Science Europe, and the University of Strathclyde, as a side-event to COP26.

Science Fund of the Republic of Serbia Celebrates Third Anniversary

Statement of Support for Ukraine

Science Europe and its Member Organisations condemn the Russian aggression and occupation of Ukraine in the strongest possible terms. We call on Russia to cease the hostilities and respect international law and human rights.

Plea for support from National Research Fund of Ukraine

Science Europe was in contact with Olga Polotska, Executive Director of the Ukrainian NRFU, and would like to share its plea for support from the research community.